Well winter is upon us.  Last week we had the joy of the first snow of the season, nothing more than an inch but enough to make its presence known.  B3 was very confused by the cold white stuff in the garden and her and B2 ran figure of 8’s.  Damp and boisterous dog, a smell that can’t be beaten.

We’ve had a few days of freezing and no time to do anything.  I would dearly love to get out into the trees, light a fire, put up a tarp and gather myself.  It’s been a tough few months, job interviews, rejection letters, calls and emails, long dark days travelling, long working days and sleepless nights.  Not a lot of time to do much else.  I’ve only managed to get out camping twice in two months, the last time in my bivvy.  I have managed to play about with some kit and look towards outdoor cooking and baking but so far no opportunities to use it.

Not all of my struggles to get out have been based around work.  My knees have really been playing up.  My left has had a steroid injection and feels stronger but with the over reliance on the right it’s been playing up.  The other unhappy thought is that it is arthritis and the winter weather is exacerbating it, very unhappy days. Age is an absolute bitch.

At the minute I’m across the water in Ireland.  North Antrim, a beautiful part of the world it’s population regularly doubled with visitors seeing the sets and backdrops from Game of Thrones.  I grew up in Belfast but my Mum and Dad bought a static caravan in the early ’70’s to provide a bolthole from the troubles and we spent most holidays there, easter, summer and as many weekends as could be managed.  Not many rules at the time, be home for dinner essentially, and I remember it fondly.  After my mum passed I have few happy thoughts about the place.  Coming here is stressful, challenging and never looked forward to.  I enjoy it when I’m here, spending time with Dad and catching up with my siblings but the relief when I leave is tangible.

Unfortunately I’m here because my Dad is ill he’s in the latter half of his 80’s so has had a good long life.  Heart complications and age have been against him and he’s in hospital.  The right place for him and the care he is getting has been very good.  The staff and doctors have been good to him and the engagement with him, his treatment and us, his family, have been exemplary.  Whether he gets out soon or is kept in for a longer stay we’ve yet to find out but fingers crossed. 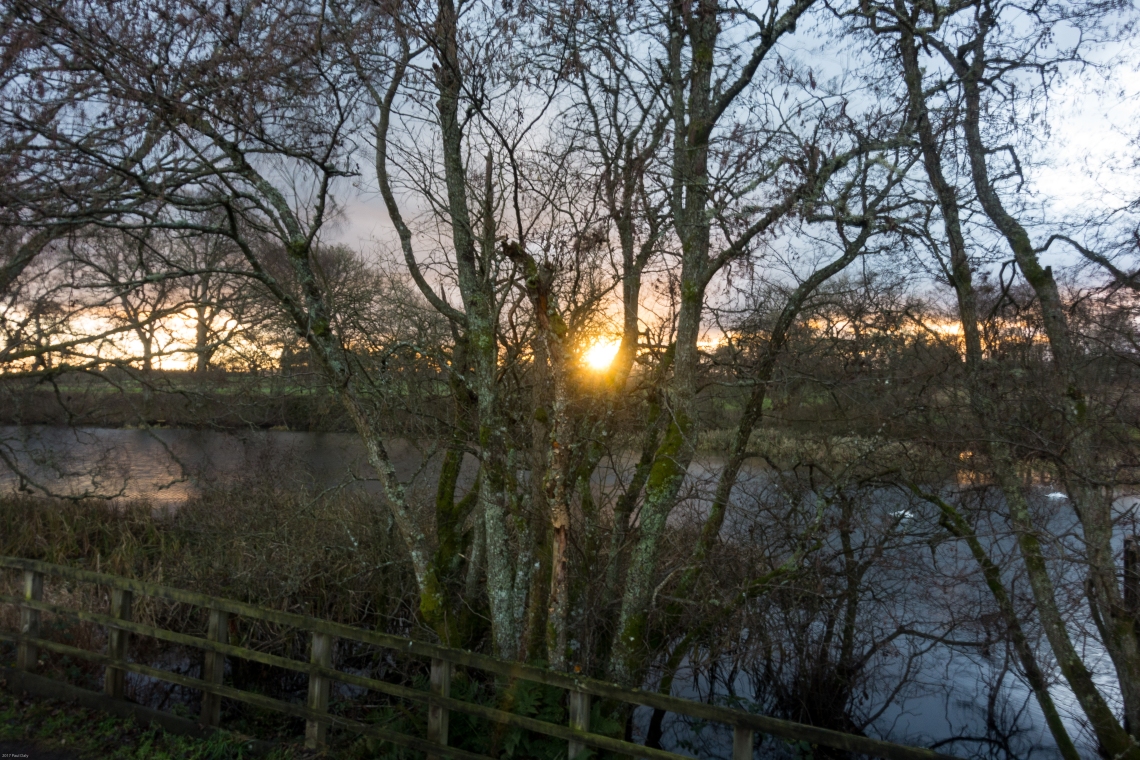 Limited as I’ve been with getting out I’ve been monitoring the preparation of the local beavers for winter.  I noticed their activity a few years ago and had heard they were well established on the Tay but I’m based quite far up a tributary to the Tay, the river Earn, and they are undeniably here.  I bought a cheap wildlife cam and after a few failed attempts managed to gain some footage.

Since then I’ve occasionally gone down to see their handiwork.  I was worried at one stage as they didn’t seem to be making that much impact but they’re back with a vengence. Their handiwork is something to behold and their speedy progress through trees young and old is very impressive.  My understanding is that the larger trees are brought down to process the cellulose underneath the bark where they lie.

I’ve noted that they have brought down smaller trees and removed them entirely.  I don’t think they’ll be in a lodge, it’s noted that they can live in a riverbank so I guess the smaller trees are taken away as food to be used later.  Most of the trees have fallen and been stripped of their bark leaving only the bottom of the bark in place.

Obviously too difficult for the beaver to remove.  It does however provide ample birch bark for fire starting and in large A4 sized sheets.

I still find it incredible the amount of damage caused to the trees purely by teeth. I know they’re not carnivores but imagine the damage they could do with their teeth to another animal if they set their mind to it if they can do this to a mature established tree. 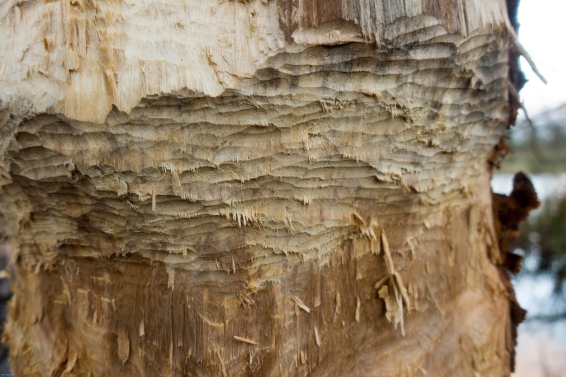 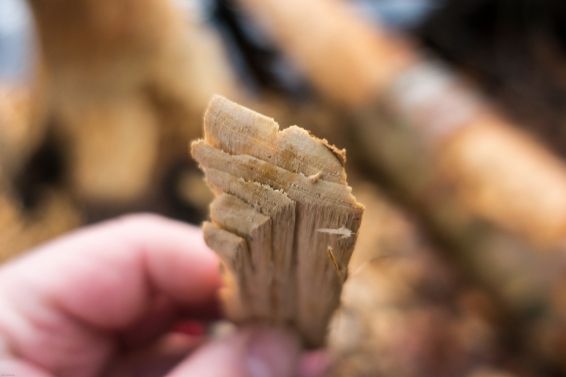 My aim for Christmas holidays is to do a slightly more detailed observation of the area to see where the beavers are most active.  Then I plan to build a hide of some sort and see how active they have been.  I’d like to get my drone up but there is geese, swans and ducks in the area and I wouldn’t hold out much hope for my drone if it came up against any of them.  I will also deploy the the wildlife camera to see what I can catch at night.  I would love to get a cast of a pawprint but the ground around the fallen trees just isn’t suitable.

Merry Christmas one and all, to you and to yours

P.S.  Something to raise a smile Beaver Fart